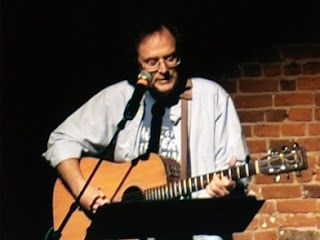 Down to Monterey is a personal and social history of the Haight-Ashbury district
of San Francisco in 1966-67.  It is partly autobiographical and draws upon Lee Domann’s own experience of hitchhiking with a hometown friend to Haight-Ashbury, after dropping out of the University of Kansas for a semester.  “But it’s also mythical,” he says.  “My aim is to resurrect and re-awaken the memories, feelings, and commitment of those of us who were part of that era.  It’s an appeal and invitation to those of us who remain, to reclaim our identity and to pass along what we learned.”

ADMISSION:  Free-will
donation at the door


Posted by Lawrence Percolator at 9:53 AM